Sign up to receive the latest news from Wander & Luxe

I was convinced that Mackenzie would arrive early.  I had read articles that suggested that early births are hereditary in the female line.  My sister and I were born early, as was my mum, and my husband was born 4 weeks early also.  Nevertheless, when I discovered my show one morning and two weeks before my due date, I was in shock.  My instant reaction was to burst into tears, but I think I was also the tiniest bit excited as I knew within 24-48 hours she would be here.  The Oxytocin Hormone had obviously kicked in as I literally did not even consider what was about to happen to my body.  I text Troy straight away followed by my doula and then got on with my day.

First things first, pack my hospital bag!  Yep, that’s right, I hadn’t packed my bags.  This will probably shock those who know me well as I am usually a very organised person however, everything was in one place ready to go.  You might also be shocked to learn that I did not have a birth plan but I had heard many people say that they simply go out of the window once you go into labor, so I figured what would be, would be.  We had just moved into our new house and needed to hand back the keys for the apartment we had been living in, so I spent the next couple of hours on my hands and knees scrubbing every possible surface.  I wanted it to be perfect for the couple whom were about to move in … nesting much?  I had to wander / waddle home a couple of times to accept deliveries of new furniture and then I went off to the hospital with a friend to visit a pregnant mumma whom had been hospitalized.  I walked to yoga, completed an evening class and walked home, stopping to buy 2 giant pizzas on the way – I was very hungry after walking at least 3 miles that day.  In my mind I ate almost every piece of those pizzas and then I went to bed whilst the sun was still up.  We put a towel down on my side of the bed as I did not want my waters to break all over our new mattress, and I sent several emails and messages following up on bits and pieces as subconsciously I knew the baby was on its way.

I awoke at around 2:30am feeling like I had wet myself but in actual fact my waters had broken.  Very, very slight contractions had started but we laid back down to try and get some sleep which we managed for a couple of hours.  As they became more intense I went downstairs to the bath tub and soaked there for a couple of hours.  Our good friend was in the bedroom next door and I silently breathed through the contractions whilst he was completely oblivious to what was occurring.  We called the doula and she arrived at hour house at around 7am, she called the hospital once she had examined me and we arrived at the hospital around 8am.  The car ride there was absolutely hideous and I think I screamed for the entire 10 minute journey – poor Troy thought I was going to deliver her on the side of the road but I was in actual fact nowhere near delivering.

Upon arrival at the hospital I was taken into triage for examination.  Again this was a torturous process for me and I literally screamed the place down.  In hindsight, I think this somewhat delayed and prolonged my labor as it interfered with the natural process.  They wanted to send me home as I had not yet dilated to 4cm, however I utterly refused and my doula managed to negotiate for us to sit in a room until the labor had progressed far enough for me to be admitted to the labor ward.  This room had a small bath so I spent time in there and in the room with the TENS machine on my back and I was told they would return 4 hours later.  There was no reading books or watching movies or texting friends – all I could literally do was breathe through the contractions and try to get some food and fluids into me.  And through every contraction, I just tried to focus on being some place calm and wonderful, which was the beach in Nice with the warm sun beating down on me and a cocktail in hand.

When they hospital midwife finally came back to check on me I had progressed to 7cms.  I asked for an epidural at that stage and was told that there had been 2 emergency cesareans and I knew at that point that there was not enough time and it was not going to happen – I was going to have to do it all on my own.  I was given gas and air, but to be honest it made very little difference for me.  I walked through to the labor ward during my contractions and bumped into the friend who I had been visiting the previous day – she was a little shocked to see me given it was 2 weeks before my due date.  We arrived into my birthing suite (this makes it sounds very glamorous, when in fact it reminded me of a Pilbara donga) and the pool was being filled up.  There was absolutely no way that I wanted to give birth in the pool – I had seen it on an episode of the Kardashian’s and the thought absolutely disgusted me.  However, it was the only thing that I could see that was going to provide me with some relief.  The TENS machine came off and into the pool I went, and at that point I knew I was not getting back out until the baby arrived.

Because they took so long to admit me to the ward, I was technically only in the third stage of labor for just over an hour, and to be honest it didn’t feel like long at all.  I thought I would be this quiet, calm person during birth but I was roaring like a raging bull.  There is a very distinct noise that a woman in active labor will make and having gone through it myself it is something that you just cannot help.  The pain is so intense and worse than I ever imagined possible.  I by all means had a text book labor – I had my show, my waters broke, my contractions progressed naturally and at a good pace and it lasted for approximately 13 hours, but yet I never want to experience that ever again.  I remember the midwife saying ‘oh, she has a lot of hair’ and I was wondering how much longer it would possibly last – my notes tell me it was 7 minutes.  It wasn’t like the movies where they were telling me ‘just one more push’ but I do remember moments later that I was within seconds of passing out from the pain.  Mackenzie was delivered just before 3:30pm in the afternoon – it took a few anxious seconds for her to take her first breathe and then she was in my arms.  The babies are a very strange blue and purple color when the first arrive, and then the color slowly starts to come into their bodies.

The thing about birth though is once it is over, it is over.  There is all the cleaning up and taking care of mum, but I will cover that in Part 2.  I feel like Troy was a bit disappointed that I didn’t want to cuddle Mack initially, but the truth was I was utterly exhausted and still had needles and everyone poking and prodding me.  The euphoria you feel once the baby arrives is insane – you feel like you can take over the world and you literally want to shout from the rooftops about the news of your arrival.  Our family and friends in Australia were asleep when she was born so it took several hours before the congratulatory messages started to arrive.  Mackenzie and I spent the first night in hospital on our own (where I had to call the nurse to ask how to dress her – I literally had no idea!) and then we took our little girl home the following day.  And life was never the same again!

Click the link to watch the video of Mackenzie arriving home to meeting the Beagles – Welcome Home Baby.  And I love nothing more than hearing about others stories and how similar or different they were to mine – leave a comment below or send me an email at hello@wanderandluxe.com.au.  Thanks for reading this truly personal blog post, Shelley x 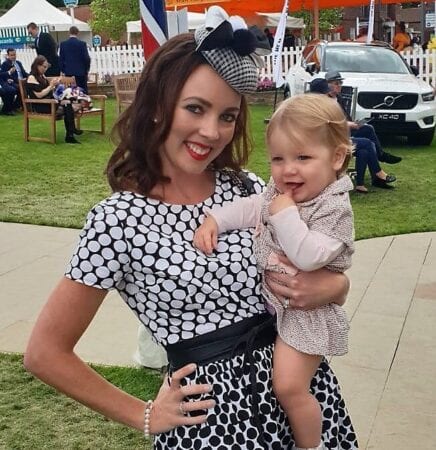 How Much is Too Much Screen Time For Kids?

It’s been a mentally exhausting week in the land

Ad ~ What I would be wearing right now if I actual

Well, I’ve had tech issues galore this week and

Thank goodness that this little lady has no concep

Back. To. Reality. Firstly - Happy new year every 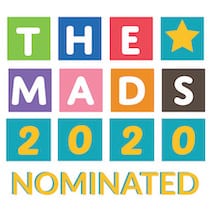 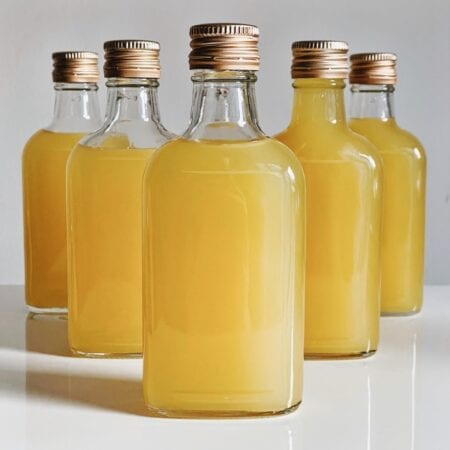 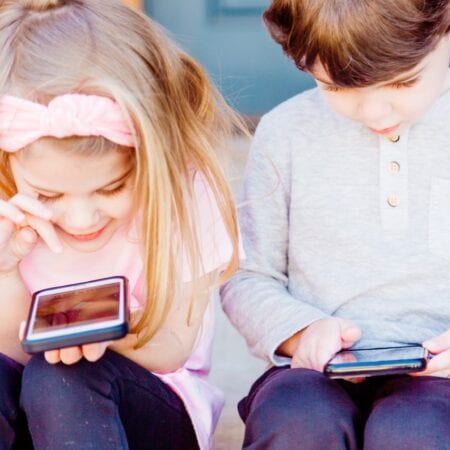 How Much is Too Much Screen Time For Kids? 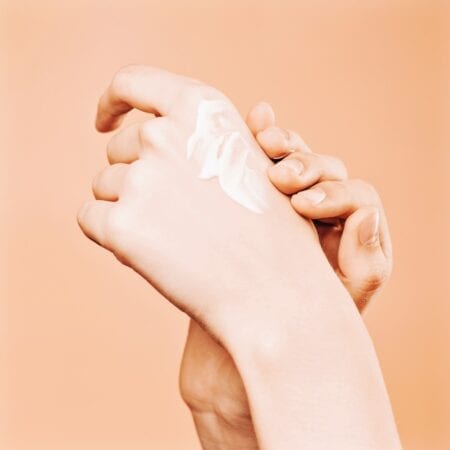 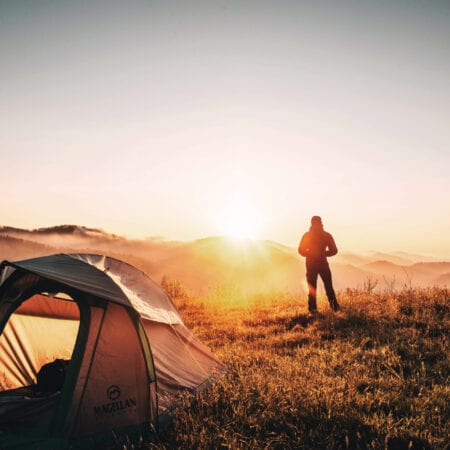 6 Tips For Staying Comfortable on a Nature Trip 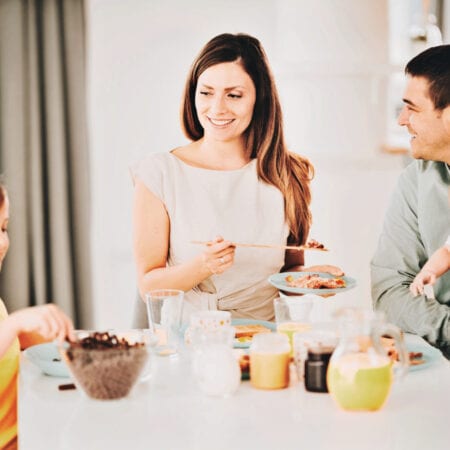 How Do You Raise An Optimistic Child? 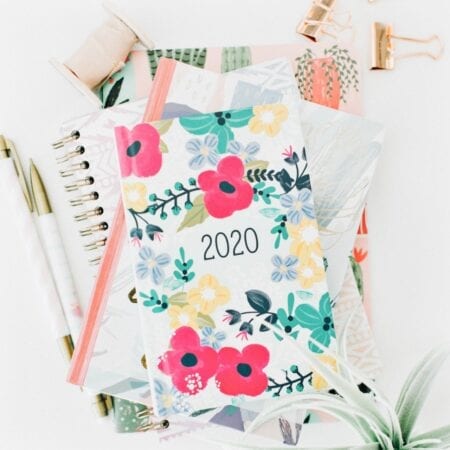